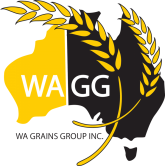 AUSTRALIA has a long way to go to enhance its competitiveness as a source of grain exports according to Cargill Australia managing director Philippa Purser.While Australia is a big player on the global export stage, comprising 17 per cent of world exports, it only produces 3pc of wheat globally.

Weather and soil conditions prevent competitive yields which put Australia well below the three-tonne per hectare average of the world.

Ms Purser said Australia continued to be a strong quality producer in colour, milling properties and cleanliness and this provided an advantage.

She cited a shift in the centres of economic growth as an important factor in the future of Australian competitiveness in grain exports and said population growth was increasingly urbanised and was predominantly in Asia.

“So there really is a massive shift in where the growth is coming from in the world.

“When we talk about the ‘Asian Century’, the very next sentence is usually is ‘wow this is great for Australia’ and what an advantage it will be, and there is good news here but it’s not as good as you might think.

“It’s about Asia living up to its growth and it very clearly is moving there, but the speed at which it happens is what we need to keep monitoring.

“The estimation is that by 2020 about 50pc of the world population will be to the north of Australia and that is an exciting opportunity that brings with it a number of challenges.”

Here she discussed the volatility of the freight market as an example.

Driven by supply and demand, Ms Purser said that currently the typical trade flow between Kwinana and Indonesia cost $17 per metric tonne and that 2008 saw prices of $55 per metric tonne on the same route.

“Compared with Vancouver before the global financial crisis there was a $30 advantage against Canada to move a ship into Indonesia, today that is $10 and that disappears quickly throughout the supply chain,” she said.

“The geographical advantage is there, today when you have low freight rates the advantage is only $10 so it is a moving target.”

Ms Purser estimated it cost between $70 and $80 per tonne to get grain from farm, to storage at port and onto a boat in Australia and indicated that it cost between $15 and $20 less in competing countries.

“Road, rail and other costs meant that Australia had the highest cost of origin in the world.

“Part of that is about rail. There needs to be more investment in rail, both the under and over rail, and we need to be more efficient about how we use it,” she said.

“Determining how and when we need to use rail, how we use the ports, the current allocation of shipping slot allocations is not terribly efficient.

“The way we actually get grain onto the boats is not terribly effective.”

Ms Purser said Australia had the most over-valued currency in the world and the high dollar posed a problem for competitiveness.

The high cost of labour, manufacturing and movement of goods also meant Australia was uncompetitive which meant growers would suffer.

“It is something that is difficult to solve and is unlikely to get solved in the short term, (but) it is making Australia completely uncompetitive in our exports,” she said.

“We have been through partial deregulation here in Australia, we’re not yet fully there yet, particularly around port access and there are opportunities to improve.”

Ms Purser said while wheat was once linked to a supply-demand model, it was now linked with other commodities indicating an interdependence of commodity markets.

It was now important to be aware of other commodity prices, such as petroleum, corn and biofuel prices, and commodities were being considered by financial analysts as one large basket to buy or sell.

According to Ms Purser, the Chicago Board of Trade was not a good hedging mechanism because Australia participated in a local market and if the ASX could gain momentum it would be a better way to manage price volatility.

“Although it is the biggest international wheat futures market it doesn’t always correlate strongly with markets here,” she said.

According to Ms Purser market volatility was likely to become more extreme and the days of relatively steady prices were gone.

Ms Purser said there was increased interest in how countries would feed their people in the future.

“Before people weren’t interested in soft commodities, well they are now,” she said.

Food security was a growing concern and the land available for food production today that was acceptable and competitive to use was relatively limited.

Countries with growing populations or wealth were largely unable to produce their own food to become self-sufficient.

Nations such as China and the Middle East have a deficit of production, and as such were looking to own land or part or whole of the supply chain.

She said 2008 saw a spike in prices, where Russia responded by placing a ban on exports and Egypt opted to fix prices, and this did not allow the market to work and made countries with a deficit of production nervous.

Here it was imperative to support free trade and build trust and that was key to providing food security to those countries with a deficit in production.

“Building trusting relationships with the countries that are importing such as Indonesia, China or the Middle East will make sure they feel confident that they will have access to the food commodities that they want to import,” she said.

Beyond basic food security, Ms Purser said that consumers wanted to ensure their food is safe and above that they want to ensure food was both healthy and sustainable.